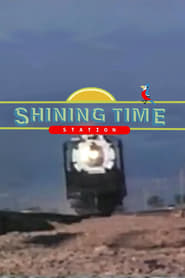 Shining Time Station is an American children's television series co-created by Britt Allcroft and Rick Siggelkow. The series was produced by The Britt Allcroft Company and Quality Family Entertainment in New York for New York City PBS Station WNET, and was filmed first in New York City and then in Toronto. It incorporated sequences from the British TV show Thomas & Friends. The series aired on PBS from January 1989 to June 1993, but aired re-runs until 1997. It aired on Fox Family from 1998 to 1999. It also aired on Nick Jr. in 2000 and on Canadian TV networks such as APTN and SCN. Elements from the show were incorporated into the Thomas the Tank Engine film Thomas and the Magic Railroad.