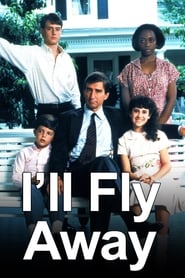 I'll Fly Away is an American drama television series set during the late 1950s and early 1960s, in an unspecified Southern U.S. state. It aired on NBC from 1991 to 1993 and starred Regina Taylor as Lilly Harper, a black housekeeper for the family of district attorney Forrest Bedford, whose name is an ironic reference to Nathan Bedford Forrest, the founder of the Ku Klux Klan. As the show progressed, Lilly became increasingly involved in the Civil Rights Movement, with events eventually drawing in Forrest as well. I'll Fly Away won two 1992 Emmy Awards, and 23 nominations in total. It won three Humanitas Prizes, two Golden Globe Awards, two NAACP Image Awards for Outstanding Drama Series, and a Peabody Award. However, the series was never a ratings blockbuster, and it was canceled by NBC in 1993, despite widespread protests by critics and viewer organizations. After the program's cancellation, a two-hour movie, I'll Fly Away: Then and Now, was produced, in order to resolve dangling storylines from Season 2, and provide the series with a true finale. The movie aired on October 11, 1993 on PBS. Its major storyline closely paralleled the true story of the 1955 murder of Emmett Till in Money, Mississippi. Thereafter, PBS began airing repeats of the original episodes, ceasing after one complete showing of the entire series.