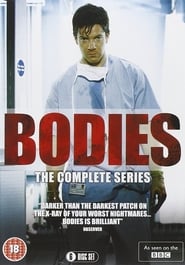 Bodies is an award-winning British television medical drama produced by Hat Trick Productions for the BBC. Created by Jed Mercurio, the series began in 2004 and is based on his book Bodies. In December 2009, The Times ranked Bodies in 9th place in its list of "Shows of the Decade". The Guardian has ranked the series among "The Greatest Television Dramas of All-Time".