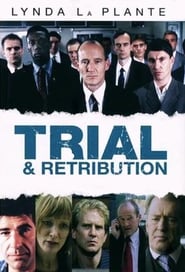 Trial & Retribution is a feature-length ITV police procedural television drama series that began in 1997. It was devised and written by Lynda La Plante as a follow-on from her successful television series Prime Suspect. Each episode of the Trial & Retribution series is broadcast over two nights. The 2008 series 10 had 10 episodes, the longest run of the drama so far. The latest series was number 12 which aired in February 2009.