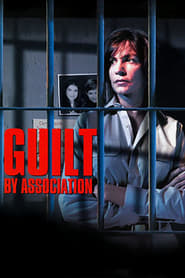 Life is good for Susan, her two children and new boyfriend Russell. But life abruptly changes when she discovers her perfect boyfriend is a drug dealer. Realising the danger this could bring to her family she tells him to leave. Suddenly her house is raided and Susan is arrested as a co-conspirator in Russell's drug business. Her situation goes from bad to worse when she finds herself behind bars with violent criminals. How will she ever prove her innocence when the system seems against her? Guilt By Association is a disturbing story based on true events.