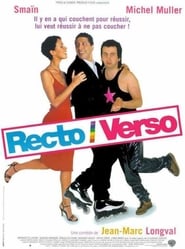 Riddled with debts after having been unfairly fired from his job, a star TV presenter—and inveterate womanizer—passes as a homosexual in order to get a job on a gay TV channel. While some people use the casting couch to succeed, he is determined to succeed without the couch. That's why he decides to present his cousin, a rather naive karaoke fan, as his boyfriend.