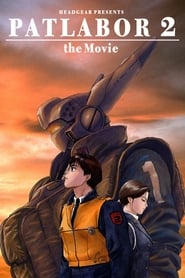 A Japanese police unit who use giant anthropomorphic robots (called Labors) is caught up in a political struggle between the civilian authorities and the military when a terrorist act is blamed on an Air Force jet. With the aid of a government agent, the team gets close to a terrorist leader to stop things from going out of control when after the military is impelled to impose martial law.