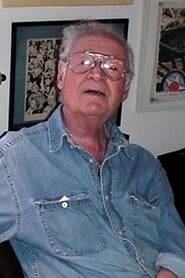 Lewis Sayre Schwartz (1926-2011) was an American comic book artist, advertising creator and filmmaker. He is credited as a ghost artist for Bob Kane on Batman, penciling some 120+ individual Batman shorts between 1947 and 1953. He also did ghost art for Brick Bradford and Secret Agent X-9, and co-created the villain Deadshot. His signature never appeared on any of this work, but Lew was well-known among practitioners of the comic strip. After he had left the career in comics, Lew Schwartz was a teacher at the School of Visual Arts during the early 1960s, and co-founded the irreverent TV commercial production company Ferro, Mogubgub and Schwartz in 1961. They worked on the Kubrick movie Dr. Strangelove, for which they brought an innovative style to the lettered credits. His long career in television would come to include segments for Sesame Street and the direction of a Barbara Streisand special. He was the recipient of an Inkpot Award in 2002, and four Emmy Awards. In 1981, Lew produced a great documentary about Milton Caniff, in which several luminaries of comics art are interviewed on video, including the great Noel Sickles. 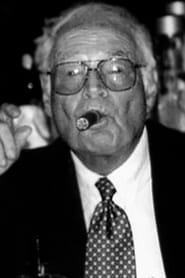